Dr. Balazs Szantos, a professor for the Master of International Relations program at Webster University Thailand, details the motivation, academic context, and political order behind his publication, China and the Senkaku/Diaoyu Islands Dispute Escalation and De-escalation. 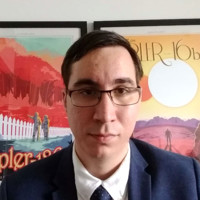 Hours, days, and months in academic libraries eventually led Balazs Szanto to make his own contribution to the school of political science.

“I began specializing in China as a graduate student," he recalled. "China’s emergence as a great power is one of the most significant events in the international system.”

Since the turn of the century, China’s "core" interest in security, sovereignty, and development has made it a force to reckon with. The researcher’s fascination with neighboring Japan stems from his doctorate studies.

“Tokyo’s security posture is fascinating, especially the contradictions of a major power trying to function with severe limitations on its own hard-power instruments," Szanto said.

His interest in traditional security was the final chapter that bound the chapters of his publication.

“Much of the current international relations scholarship focuses on non-traditional security considerations (environmental, non-state actors) or on international institutional frameworks. The dispute represents a clear example of a traditional competition security scenario between major regional powers. It presents interesting analytical challenges, including highlighting the continued relevance of military power within the system.”

Professor Szanto maintains that International Relations offers a multi-disciplinary approach: “As a discipline, it focuses on politics, security, economics, and ideational considerations. While it is primarily a sub-discipline of political science, it necessitates the incorporation of tools and theories from a wide range of related disciplines.”

All Eyes on the Island

Szanto’s investigation of these East Asian powers took him beyond conflicts within states borders, “The Senkaku/Diaoyu islands dispute focuses on a group of remote, uninhabited islands and other formations on the East China Sea. The dispute originally has been part of the goldrush in the context of the United Nations Convention on the Laws of the Sea (UNCLOS) to secure massive exclusive economic zones (EEZ) through the possession of such remote features.”

The contemporary dispute holds notable security and political-symbolic significance. According to the IR professor, it is one of the key security hotspots in the Asia-Pacific, with a concerning potential for a major power clash.

“The competition over the islands has contributed to Japan’s shifting security posture that will have major implications for regional security," he said. "At the same time, the dispute has highlighted China’s assertive approach to maritime territorial disputes and its rising military capabilities.”

Key players are not constricted by geography as the world becomes more integrated. Such is the case with the Senkaku/Diaoyu islands. The conflict over the islands can be understood as a clash between revisionist and status quo powers in the region. Szanto includes Washington in his observations of the dispute.

“Japan and the U.S. primarily seek to maintain the existing post-Cold War regional order, while China seeks to translate its economic and military growth into tangible political power in the region," he said. "The flow of the dispute is a good signifier of the larger international question of how the emergence of China as a potential great power will affect the status quo.”

Securing the islands will signal a potential shift in the political order of the Asia-Pacific with China carving out its own sphere of influence. “In contrast, if Japan (and the U.S.) is successful in deterring China, then it will highlight the limits of China’s great power capabilities and demonstrate the continued influence of the U.S. in the region.”

The Senkaku/Diaoyu Islands dispute demonstrates a particular cyclical trend in the occurrence of escalation. The modern history of the dispute can be sequenced into specific cycles of escalation. Szanto observes that each cycle begins with a triggering event that leads to a rapid escalation in tensions, such as a growth in physical presence in disputed waters.

“At one point the dispute reaches an apex point after which tensions subside," he said. "These cycles are separated by periods of relative calm. The cyclical nature of the dispute is important because it highlights the limitations of classical value-based explanations for the occurrence of confrontations in territorial disputes. The value of disputed territory is fairly static, yet its history demonstrates these periodic changes in the level of tensions.”

Dr. Szanto connects this dynamic to supports Fravel’s theory: “Fravel concludes that the escalation and the occurrence of military confrontations are motivated by shifts in state’s bargaining power, triggered by political events, rather than simply by the value of a territory or existing political animosity between two countries.”

He notes that it provides a context of how seemingly ordinary political acts, such as law enforcement, can trigger an escalatory cycle is crucial to trying to prevent critical escalation that could lead to a hard to contain armed confrontation between disputing parties.

Conflicts Have a Currency

In an interconnected economic system states have more opportunities to employ various tools of statecraft, including economic power. Geo-economic statecraft offers important insights into how economic policy can be used to pursue national interests on the international level,” he said.

All forms of foreign policy instruments are ultimately underpinned by military (hard) power in an anarchic system, he said. “Influence (including economic influence) can be a very useful tool, especially to settle conflicts in a non-violent manner. But sufficient military power is needed to deter an assertive response from potential competitors.” The professor emphasizes that military power still holds significance in the international order. “While there is a perception that influence-based international politics are diminishing the importance of military power, in reality, the system continues to be underpinned by the distribution of military capabilities within the system. Any state could ill afford to neglect traditional security considerations.”

Szanto conjects that the current trends demonstrate that China is seeking to delay a resolution while building up its military capabilities.

“The dispute will continue in a state of uneasy coexistence prone to periods of escalation. The long-term future of the dispute is uncertain as it is interwoven with a wide range of different issues. External factors, such as the current pandemic, can exert a significant influence.” He believes that conflicts may arise if progress is not made from all respective states: “Based on the current political conditions unless significant changes are pursued on either side to improve the feasibility of non-violent dispute resolution options, a military clash remains a concerning possibility.”

Academic pursuits are a matter of connecting knowledge and passion for Dr. Szanto.

“Acquiring multi-disciplinary knowledge to be an expert on a subject requires effort," he said. "One also has to have a genuine interest in the subject matter. The desire to understand and to critically engage with the subject matter that drives somebody to invest in an area of specialization.“

Dr. Balazs Szanto, Ph.D., holds a Bachelor of Arts Degree in International Affairs Management from University UTARA Malaysia, a Master of Arts Degree in Critical Geopolitics from Newcastle University, and a Doctorate in International and Security Studies from University Malaya. Dr. Szanto specializes in international security and international relations in the Asia-Pacific, primarily China, Japan, and the ASEAN states. He provides a realist interpretation of the role of military power in foreign policy, in particular in the context of maritime disputes in Asia such as the Senkaku/Diaoyu Islands dispute.