Webster University Geneva Director Clementina Acedo will be one of the featured panelists at the upcoming global forum, “Women of the Diaspora: Gender and Race Discrimination,” the first in a series of upcoming summits on topics related to UN Sustainable Development Goals.

The virtual event on Sept. 18 will explore how discrimination and violence against women and girls has evolved and what can be done to reverse this imbalance. Participants will include government officials from three continents; leaders in business, entertainment, sports, education and the media; international experts on economic equity and women’s issues; and officials from United Nations (UN) agencies.

The entire Webster University community is invited to register and engage in this event and to add their name to the Red Card initiative to combat discrimination and violence against women and girls.

“This is a singular opportunity for people from throughout Webster to engage with speakers on gender and race discrimination, expand our global connections with people who are making a difference on these topics, and provide additional perspectives on problems and solutions,” said Webster University Chancellor Elizabeth (Beth) J. Stroble. 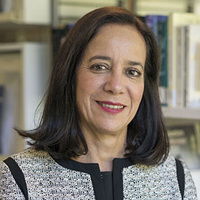 The summit will have two panels. The first will focus on the nature of discrimination by race and gender, while the second panel, which includes Acedo, will focus on solutions to discrimination. Acdeo will speak for about five minutes and then participate in the question and answer segment.

Acedo’s extensive international background includes serving as the National Director of a UNDP Social Development Programme in Venezuela, and as director of the United Nation’s Educational, Scientific and Cultural Organization’s (UNESCO) International Bureau of Education (IBE) in Geneva.

The event will also examine these issues through the lens of the African diaspora, enabling discourse between those inside and outside the continent. Organizers say Africa and its diaspora are a network for innovation and growth in human development and have the potential to be at the forefront of a paradigm shift – reversing stereotypes while safeguarding our planet and people, upholding human dignity, and respecting the rule of law.

Register for the virtual summit at https://www.ardn.ngo/wotd/rsvp 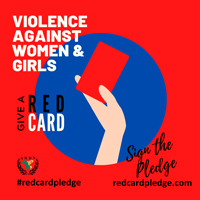 One immediate and tangible goal of the event is to continue to gather more signatures on the Red Card initiative, which combats discrimination and violence against girls and women.

The ARDN Red Card is a tool to raise the awareness of the damaging effects of violence and discrimination against women in all its forms. The goal of this campaign is to achieve 1 million signatures on the pledge to end such actions by the November 2022 FIFA World Cup Tournament in Qatar, using the raising of the red card as a universal symbol in sport.

Anyone can learn more about the Red Card and add their signature at www.redcardpledge.com, then share on social media to raise awareness.

The summit is co-organized by:

Webster University has been a partner with ARDN since 2017, when the two organizations signed an MOU to collaborate on awareness campaigns affiliated with the United Nations Sustainable Development Goals. Chancellor Stroble is co-chair of the ARDN’s higher education initiative.

Women of the Diaspora falls within the framework of the Pathway to Solutions Initiative, an international, multilateral special project for the United Nations, spearheaded by ARDN, to popularize the Sustainable Development Goals, in collaboration with various United Nations system entities, the international community, civil society, the private sector, academia, the world of sport and culture and governments.

Learn more about the Pathway to Solutions Initiative here: https://www.ardn.ngo/pathway/

Vaccine Clinics to be Held on Main Campus in April, Sign-Up Required

The University is connecting main campus community members with the COVID-19 vaccine, holding vaccination clinics at the Webster Groves campus for...