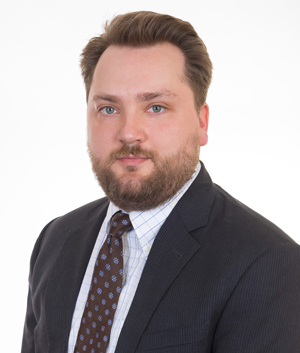 When Jesse Lawder graduated from Webster University in 2003, he had dreams of being on a Broadway stage. Seventeen years later, he is now working for President Joe Biden as the deputy assistant secretary of Labor for Public Affairs.

It may sound like a dream gone awry, but Lawder disagrees. He credits Webster University with helping him gain essential skills to identify new opportunities and for gaining the confidence in himself to pursue those prospects. And while he may not be singing and dancing in a theater, he sees his career path as a resounding success as he now uses the skills he learned at Webster on the largest political stage in the United States.

“Webster taught me how to think critically, ask good questions, and work on a team,” Lawder said. “Also, because of the particular nature of my education in the Conservatory of Theatre Arts, I learned to be a good listener, and I learned how to observe and understand subtext - the things people think but don’t say - which has served me incredibly well in my work.”

He said there were many professors and staff members at Webster who gave him great advice, but he believes Professor Gary Glasgow had the biggest impact. Glasgow teaches acting in the Conservatory.

“Gary was very hard on me, and I was never more frustrated with myself than when I was in Gary’s acting class. But he stuck with me, kept pushing, and I think quietly kept rooting for me,” Lawder said. “He used to tell me I was a lot smarter than I thought I was, and I think in the long run that little bit of insight from his perspective taught me to have confidence and trust myself, even when life seems to be spinning out of control.”

Lawder moved to New York with several other Webster alumni after graduating from Webster with a Bachelor of Fine Arts through the Leigh Gerdine College of Fine Arts. By 2008, though, he was finding it increasingly hard to make a living. He was working in a clothing store during the day while rehearsing for a play in his free time and was barely making enough to cover the cost of living. He felt that he needed to make a big change in his life, one that would help him reassess his values.

In the Conservatory I learned to be a good listener, how to observe and understand subtext - the things people think but don’t say

“I felt the urge to get involved in the presidential election, so I left New York and went down to Broward County, Florida to do an unpaid organizing fellowship for the Obama campaign,” Lawder said. “I expected to be there for six weeks, and I ended up being hired on as staff and staying nearly six months. The work was too important.”

From there, he worked with the Obama-Biden transition team. During the transition, he worked for the review team for National Security. He helped the incoming administration strategize the best way to run the Department of Defense. When Obama took office, Lawder returned to New York to pick up where he left off.

“And then a few months later, I got a call from a Labor Department senior advisor with a job offer,” Lawder said. “I started out as a communications person, working with the media and promoting things like Veterans’ employment and Job Corps centers. After the Upper Big Branch mine explosion in 2010, I switched my communications focus to worker safety and health.”

Lawder worked for the Obama administration for 7½ years and rose to chief of staff for Public Affairs.

When Obama left office, Lawder headed back to St. Louis to be closer to family and to also support his then 91-year-old grandmother, whose health was declining. Shortly after arriving back in the area, he was hired as the vice president for Marketing and Communications at Planned Parenthood. In that role, he oversaw all media, marketing and internal communications for the organization’s regional affiliates. He also oversaw the organization’s responses to some of the biggest stories about abortion in the country, such as the debate over a new Missouri law that attempted to completely outlaw abortion, as well as the opening of a new Planned Parenthood Clinic just across the Mississippi River in Illinois.

And he's not the only Webster alum with a prominent role in the Biden campaign and administration: Dalmyra Price Caesar ‘06 was the director of human resources for the Biden for President campaign. And retired Gen. Lloyd Austin III '89 was nominated and confirmed for the Biden cabinet position of Secretary of Defense.

Shortly after President Biden won the 2020 election, Lawder received another call from the administration with another job offer. In his new role as Deputy Assistant Secretary of Labor for Public Affairs, he will work as a senior communications advisor to the secretary of Labor while also co-managing with the assistant secretary of Labor a team of 60 career federal employees and political appointees to promote the workforce programs administered and funded by the department, as well as the labor law enforcement pursued by the department.

Currently, Lawder is working remotely but plans to move to Washington, D.C., once COVID-19 restrictions are relaxed as more people become immunized. And it’s a move he is excited about. “Public service is a great honor for anyone who chooses a life of service. Working in this administration at this time in our country will be the most important work I will likely ever be a part of.”

As for what’s next for his career, he said he does not know, as he is choosing to focus on his current tasks and let fate take him to where he needs to be next.

“No matter what you are studying or what degrees you have, your path will always find you. If you focus on the things you care about in the world, the work will find you,” Lawder said. “You might not have the ‘job’ you thought you wanted, but if you focus your energy on doing the things that matter to you, your cup will be full.”

On Feb. 19 from 5-6 p.m., the Hunt Gallery is opening a virtual exhibition of works by multimedia artist Rebecca Olsen, titled "River of Consciousness."...