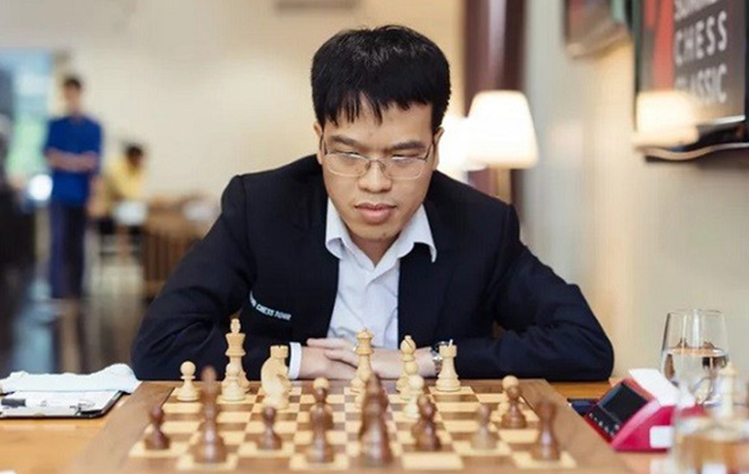 Liem Le was six years old when he first learned to play chess. Despite his young age, he was a natural. By the time he was 10, he was competing internationally. By 14, he was an international master with one gold medal and two silver medals from World Youth Chess Championships. By 15, he earned the title Grandmaster.

Now he is adding a new title to his name – coach.

“I was offered the job a few months ago, and I was surprised to learn that Susan was retiring, but chess has been my life calling and this was an opportunity I had to seize,” Le said. “In my mind, this is me paying it forward to the next wave of chess grandmasters. My top priority is to preserve the reputation of Webster’s Chess Team that was so brilliantly built by Susan and then building upon that.”

“I loved my time at Webster and felt grateful for that experience,” Le said. “Thanks to Susan, I improved my chess understanding and became a universal player who can adapt to different styles and opponents. My rating also improved substantially, reaching my highest ever around my graduation.”

Even after graduating in 2017, Le visited Polgar and Paul Truong – Polgar’s husband and the assistant coach on the team – frequently. During the past year, he also has volunteered to help with team training. “All the team members are like family to me. That is why Webster is the only university where I want to be the head coach,” Le added.

But it is not just his time playing under Susan that qualifies him as coach. He also brings his own real-life experiences to the team. Among Le’s many accomplishments are:

“Liem is an amazing chess player who brings plenty of experience to his new role of the coach of the best chess collegiate team,” said Webster University President Julian Z. Schuster.

“He understands how challenging it can be to be a college student who is working on a degree while also competing in the arena of college chess. He also knows the rigors players face and the discipline that is needed to compete among the best at chess tournaments. And he has the leadership skills, the patience and the wisdom needed to guide our chess players to achieving excellence in both academics and in chess. I look forward to seeing what our team will accomplish next under his guidance.” 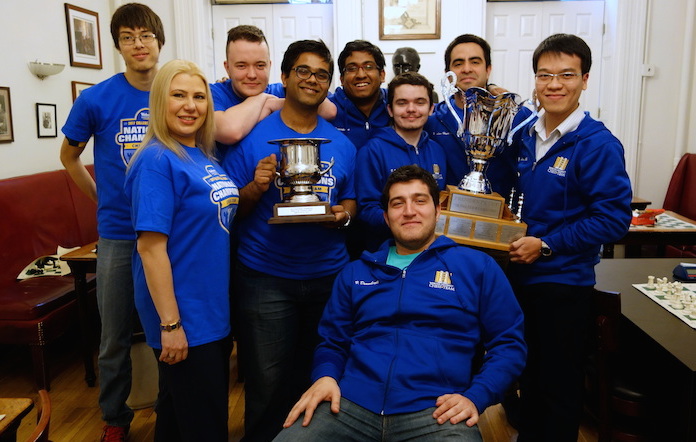 plans on combining everything he learned from Polgar along with his personal experience as a student and an international chess champion. With that, he wants to take Webster chess to a whole new level of excellence. He will do that, he said, by recruiting the best young chess players worldwide and then identifying their individual strengths and weaknesses in their playing style, and working with them on their weaknesses.

“As the head coach of the chess team at Webster University, I am responsible not only for each individual student, but also for the whole team,” Le said. “My short-term goal is to win at least three more PanAm Championships and two more Final Four Championships. That means breaking the all-time records in terms of the most wins any institution has ever achieved in the history of U.S collegiate chess, and making sure that Webster retains the powerhouse status in college chess, and that my students excel in chess and in their academics.”

Webster University’s score in the annual U.S. News & World Report Best Colleges rankings rose to its highest level since the ranking system was...

Eligible Webster University students experiencing a short-term financial need caused by the coronavirus (COVID-19) are now able to log into their...