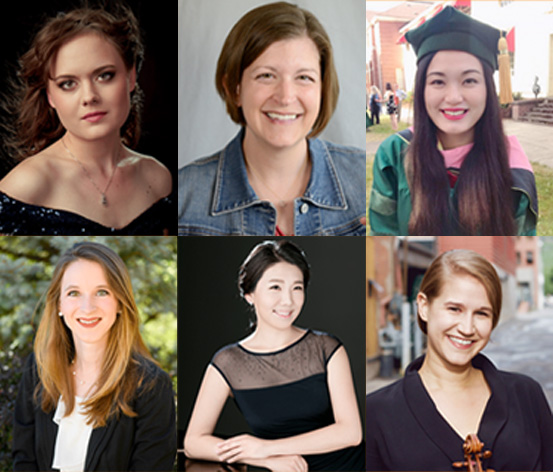 The Community Music School of Webster University is pleased to welcome new faculty for the 2021-2022 academic year. The CMS employs over 90 faculty teaching all instruments of the band and orchestra, piano, voice, and guitar. Every CMS faculty member has a minimum of a bachelor’s degree or equivalent experience, and 85 percent have advanced degrees.

Performances with orchestras include the Catholic University of America Orchestra, the St. Louis Gateway Festival Orchestra, and the University of Missouri-St. Louis Orchestra. Instrumental and vocal collaborative coaches include: the Arianna String Quartet, Rick and Sharon Christman, Steve Morton, Alla Voskoboynikova, Stella Markou, and Ralitza Patcheva. Past instructor positions: faculty at the International School of Music in Washington, D.C., teaching assistant at the Catholic University of America, and private piano instructor at the Arts on Elm in O’Fallon, MO. Students have successfully participated in regional and national competitions and have been selected to perform at the Kennedy Center in Washington, D.C. and Carnegie Hall in New York.

Community Music School faculty member Vera Parkin (piano) has the unprecedented opportunity to teach at the National Conservatory in Sulaymaniyah,...

For the past few years, the Community Music School (CMS) of Webster University has been a sponsor of the Faust Park Summer Concert Series and this...