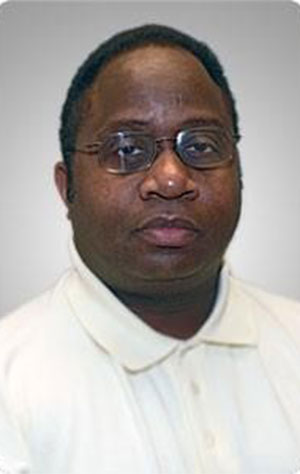 Webster University alumnus Eric Hall recently won a United States Environmental Protection Agency Scientific and Technological Achievement Award – the most prestigious award that can be earned by U.S. EPA scientists, and the only one of the year to be awarded for a single-author publication.

His award-winning publication is titled: “Comparison of Five Modeling Approaches to Quantify and Estimate the Effect of Clouds on the Radiation Amplification Factor (RAF) for Solar Ultraviolet Radiation.” In short, by validating that the value of RAF, on average, does not change due to cloud effects, his research bolsters scientists’ ability to calculate the effects and rates of skin cancer and sunburn or skin damage in all-weather outdoor conditions.

Hall earned his master’s in Business Administration from Webster University in 1992 while living in Colorado Springs, Colorado and working as a United States Air Force officer during what he calls “Part One” of his multi-faceted career. “Part Two” took him to the private sector as a software engineer for the Air Force and Army. He also worked as a telecommunications department head and a software architect.

“Part Three,” the current and award-winning part, is the public sector, where he works as both an environmental scientist and quality assurance manager for the EPA. It’s there that Hall focuses on air pollution modeling and monitoring, water pollution, sustainability, tribal research and environmental justice research – all work that intersects with and has major implications for human health.

The many twists and turns in Halls career life were not necessarily something he saw coming during his days as a student. While at Webster, his driving curiosity and excellent professors helped him along his path.

“I enjoyed my Webster educational experience very much,” Hall said. “All of my graduate professors were excellent, but two that I remember most are Nancy Boyd and Lee Trovas.”

Hall went on to explain that Boyd taught economics using Adam Smith’s book, “The Wealth of Nations” as a supplement to the class text.

“Nancy made economics come to life,” he said. “It was as if Professor Boyd was a contemporary and research collaborator of Adam Smith because of her detailed descriptions of life and how he worked during that period.”

Of Professor and Thesis Advisor Lee Trovas, Hall said, “Besides being an engaging person, Lee’s experience as a stockbroker on Wall Street made finance interesting and gave us greater insight into the internals of how markets and finance influence each other.”

Both professors, as well as the overall positive experience at Webster, played a role in leading Hall to where he is now – enrolled in school once again. This time, Hall is working on his Ph.D. at North Carolina State University, where he is focused on determining the factors influencing how undergraduate students solve engineering and mathematics problems.

“My ultimate goal is for my research to serve as a basis for developing curricula and curricular aids to teach students how to solve problems,” Hall said. “And to show that problem-solving in these fields is not a total at-random, trial-and-error exercise, but rather one where there are principles to solving problems that are never completely explained to students.”

Speaking of students, Hall had some future advice to pass on for those just starting out and potentially unaware of where their own paths might twist and turn.

“The advice that I would give to students starting on their professional paths is to be curious and take chances on jobs in areas outside of their degrees and training,” Hall said. “Because they will still be able to use their background, but in a different context, which will open up future opportunities bigger than their imaginations can dream of.”

Opportunities like being recognized for research that carries beneficial implications for both science and the health people across the globe.

Introducing AAAC and Brothers Empowered at Webster; Plus, the Black Student Scholars Who Lead Them

Through their leadership of two prominent Black student organizations on campus, Jalalah Muhammad and Jason Hester are working hard to make sure the...