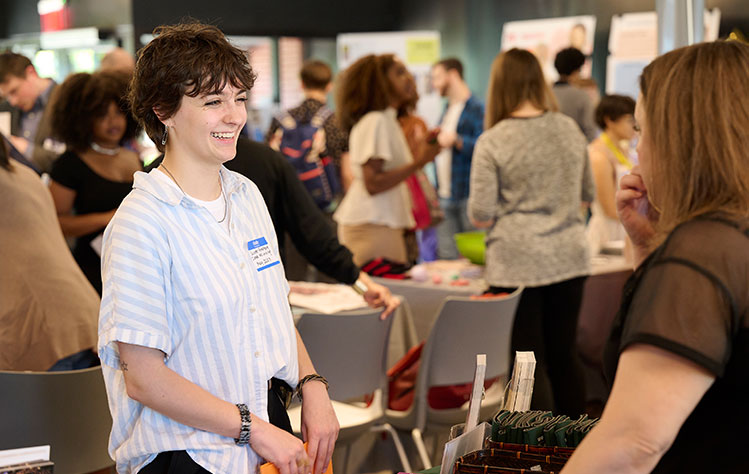 The value of experiential education was on full display last week as Webster University’s School of Communications hosted its first in-person Internship Expo in two years. The event welcomed 60 representatives from 26 partner organizations and capped off a robust Careers Week teaming with eager students.

Trezette Dixon, director of the School of Communication Internship Program, expressed great pride and gratitude for the event’s remarkable turnout. 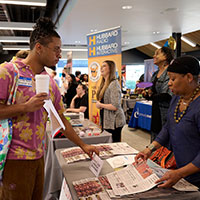 “It was exhilarating to witness the excitement of our talented internship seekers connecting with enthusiastic creatives in the fields of Animation, Film Production, Audio Engineering, Game Design, Journalism, Advertising and Media,” Dixon said. “I was also overjoyed to see former interns engaging on the other side of the recruiting table to continue the pipeline of Webster University talent while supporting their fellow Gorloks.” 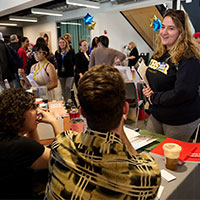 The University extends tremendous thanks to the following participants and School of Communications Internship Program partners: