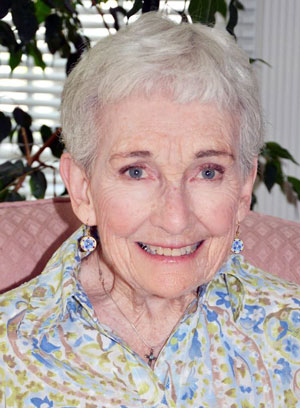 Sister Gabriel Mary Hoare, a beloved member of the Sisters of Loretto and a past member of Webster University’s faculty, passed away Sunday morning, May 1, at the Loretto Motherhouse Infirmary in Kentucky. She was 93. Among her legacy is a Scholarship fund in her name that was established by anonymous donors for Leigh Gerdine Art Students, a fund which is active to this day.

“Sister Gabe was a cherished faculty member and a friend to Paul and me when we first joined the Webster community,” said Webster University Chancellor Elizabeth (Beth) J. Stroble. “I loved the gleam in her eye and the warmth in her smile. A talented artist, singer, and actress, she had a lively sense of humor that invited the devotion of many alumni. We later visited her in Kentucky when she moved to the Mother House to rekindle our friendship. Her loss is a deeply personal one, and she will be greatly missed by many in the Loretto and Webster communities.” 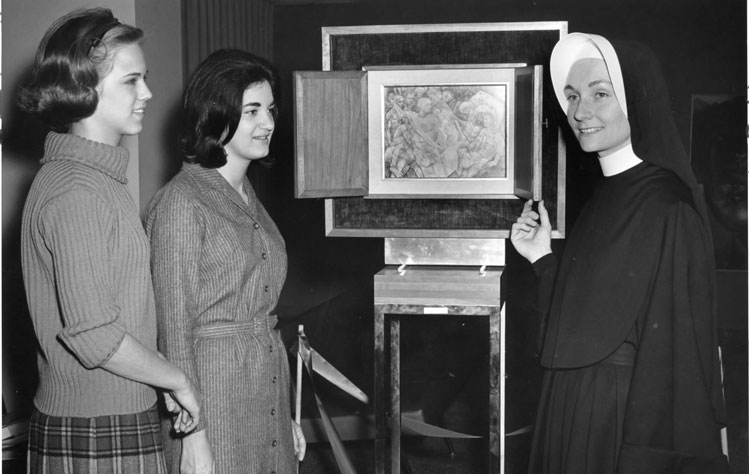 Sister Gabe was born on March 28, 1929 in Denver, Colorado. She joined the religious order of the Sisters of Loretto in 1952. She earned a B.A. degree in Speech and Drama from Loretto Heights College in Denver in 1951, a M.A in art from Notre Dame University in 1962 and another M.A. in gerontology from Webster University in 1983. 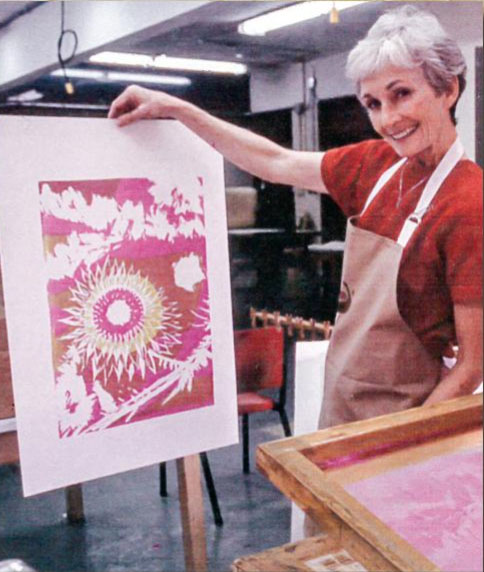 She joined Webster’s faculty as an associate professor of Art in 1963 and, as was the practice at the time, taught at both Webster University and Nerinx Hall High School. She would remain on the faculty of Webster for 30 years and work a cumulative 17 years at Nerinx. She also taught art for 25 years at the St. Louis City Juvenile Detention Center and served on the Board of Directors for “The Learning Center” in the ‘70s. Through her entire career, she was an art teacher for 53 years, including serving as chair of Webster’s art department and as assistant dean of academic advising. (Left: Sister Hoare on the Webster Groves campus in 1988.)

Sister Gabe received numerous honors as a result of her talent and dedication to excellence. She was awarded the 2002 Outstanding Teacher Award by the Nerinx Hall Faculty Association, was the recipient of the Webster University Alumni Association Mary Elizabeth Newell Award and was the recipient of the Purchase Award for Best Religious Art at the Missouri Art Show. Sister Gabe was selected as the “Art Educator of the Year” for 2007 by the Arts and Education Council of Greater St. Louis. In 2007 she was honored with the “Moment in Time” Award presented by the Episcopal City Ministries for her work at the St. Louis City Juvenile Detention Center.

A group of anonymous donors established the Sister Gabriel Mary Hoare Scholarship, which is active to this day. Last year, five Webster undergraduate art students received awards ranging from $2,500 to $3,600.

In her retirement, she continued to pursue her love of art and was profiled in a 2016 issue of the Sisters of Loretto Magazine.