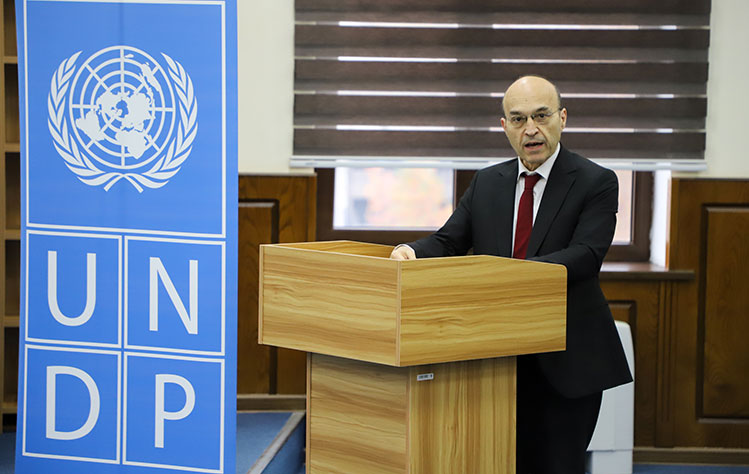 Webster Tashkent Rector Vassilis Polimenis welcomed officials from the United Nations and Uzbekistan’s Ministry of Investments and Foreign Trade to the University’s campus in Tashkent, Uzbekistan on Nov. 29 as part of a guest lecture series for students and the larger community. 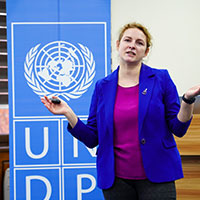 Volha Rakhanskaya, international consultant at the United Nations Development Programme; Nosirkhon Gozikhonov, World Trade Organization (WTO) coordinator for the United Nations Development Programme; and Alijon Aliev, chief specialist at the Ministry of Investments and Foreign Trade for the Republic of Uzbekistan, visited the University to discuss the role of a multilateral trading system in a contemporary world as well as the process of Uzbekistan’s accession to the World Trade Organization.

The presentation, geared specifically toward Webster students majoring in International Relations, gave the audience a chance to learn about the history of the General Agreement on Tariffs and Trade (GATT) and the WTO, what the organization does, the key principles that WTO member states follow, and what steps Uzbekistan is taking to be part of it. 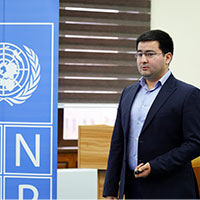 Rakhanskaya outlined that members wanting to join the WTO must go through an accession process involving negotiations between the applicant and WTO members. She provided an overview of that process, which aims to ensure that an acceding government’s legislation and practices will be compliant with the WTO rules, and that it will become a full and effective player from its first day of membership. Rakhanskaya illustrated that Uzbekistan is in the multilateral, plurilateral and bilateral negotiation phases.

Aliev emphasized the benefits of WTO membership including:

The panel concluded by participating in an audience question-and-answer session and sharing some expert advice for students who are seeking career opportunities with international organizations.