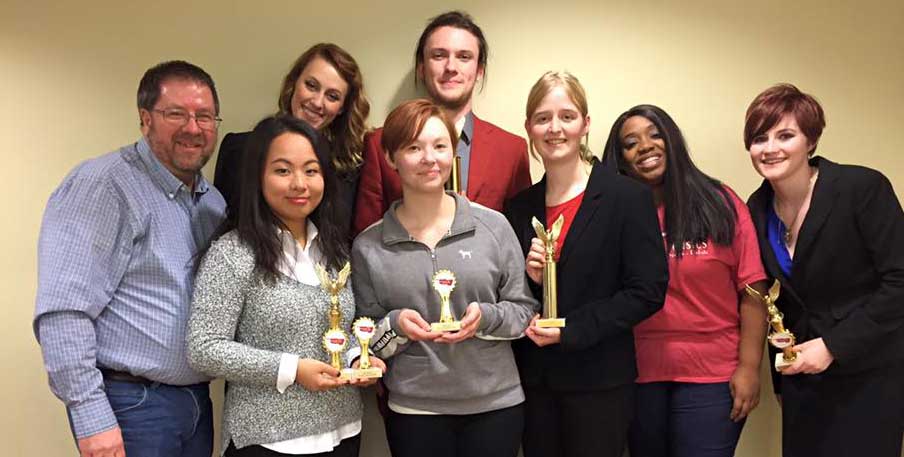 The Webster Forensic and Debate Team opened its spring semester in successful fashion at the Stateline Tournaments hosted by John Brown University and the University of Oklahoma.

Heading the list of highlights for the weekend was junior MacLain Naumann qualifying for the elite National Individual Event Tournament. Multiple wins at each tournament enabled MacLain, who is majoring in speech communication studies, to qualify for this national tournament in After-Dinner Speaking and Prose Interpretation. The tournament will be hosted by the University of Florida the first week of April.

“We competed against much larger and more experienced teams this weekend," said program director Scott Jensen. "These results are a testament to our students’ talent and work. They also set the tone for what we hope is a spring semester of personal growth and both individual and team successes.”

The team’s next outings are hosting the 18th annual Gorlok Gala Forensic Tournament during the weekend of Jan. 29. It is one of the nation’s largest and most elite invitational tournaments in the country. The team then travels to Salina, Kansas February 4th for the Border Wars Tournaments, hosted by Kansas Wesleyan University and Cameron University.

The Production House course in the School of Communications gives students real-world experience working with non-profits in the area to create videos...