Webster Leiden alumna and recruiter Olive Mukabalisa, herself a survivor of the genocide in Rwanda, led a beautiful ceremony honoring and remembering the tragic victims of the genocide against the Tutsi’s.

The event was co-sponsored by the Embassy of Republic Rwanda in The Hague.

Karabaranga presented a lecture about fighting genocide ideology and then followed with a discussion session that engaged student attendees. The Webster Scholars assisted in the set up, cleanup and discussion portion of the event.

The night was a huge success and shed light on this complicated and tragic time in Rwandan history as well as their steps in moving forward as a nation. View more photos of the event held at Webster Leiden on Facebook and in this Flickr album. 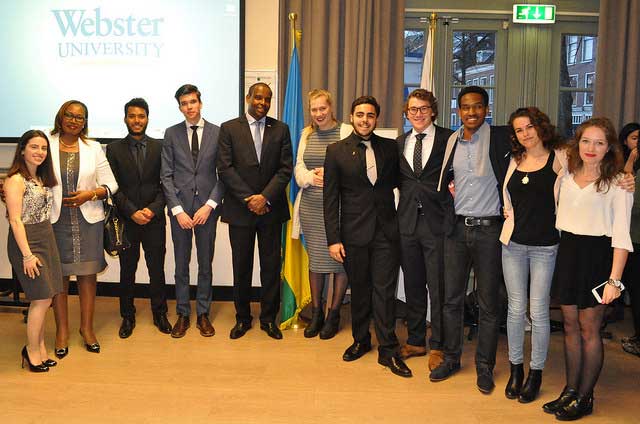