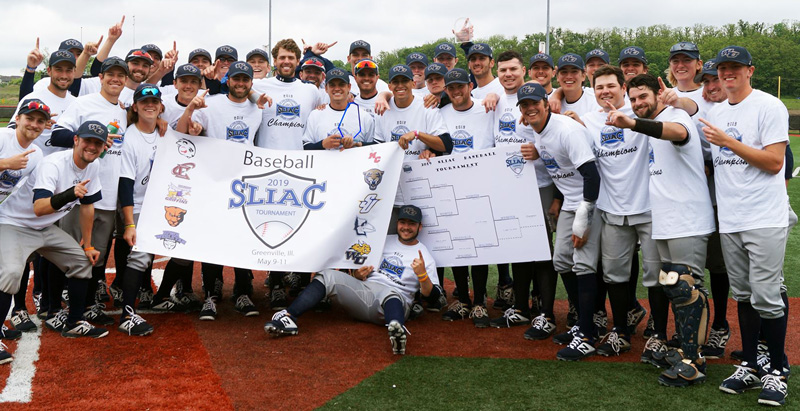 For the second consecutive season Webster University will be bringing the St. Louis Intercollegiate Athletic Conference (SLIAC) Baseball Tournament trophy home to Webster Groves. The Gorloks took down Spalding 10-5 on Sunday afternoon in the championship game of the 2019 SLIAC Tournament.

This SLIAC Tournament Championship marks the 10th for the Gorloks in league history. In addition, Webster, who earned a share of its 13th consecutive SLIAC regular season title with Spalding this season, becomes the first league school to repeat as SLIAC Tournament champion since Webster won in 2014, earning a fifth consecutive title.

With Sunday's championship game win, Webster, who improves to 32-10 on the season, earns the automatic qualifier berth into the NCAA Division III Baseball Tournament and will now compete in the NCAA D-III Regional Tournament next weekend.

To add to the excitement, eight players earned All-SLIAC baseball honors, giving the team something else to celebrate.

You can find highlights from the tournament here.