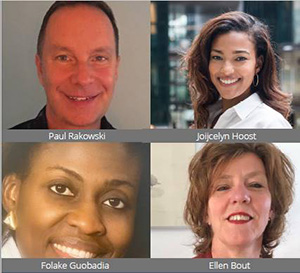 The third session in the Webster Leiden Campus Diversity Discussion series with staff, faculty and students focused on implicit bias. The session was opened by Webster University Chief Diversity Officer Vincent C. Flewellen, who is based at the main campus in St. Louis, USA.

Discussion of the theme, "Implicit Bias – Do you know your mind?" included a very engaging session with staff sharing anecdotes on various biases that they had experienced and how this had made them feel.

At the end of the session, many still had questions for the hosts and stories to share.

This series began after the police killing of George Floyd in Minneapolis, USA. The next session is planned for Spring 2021.