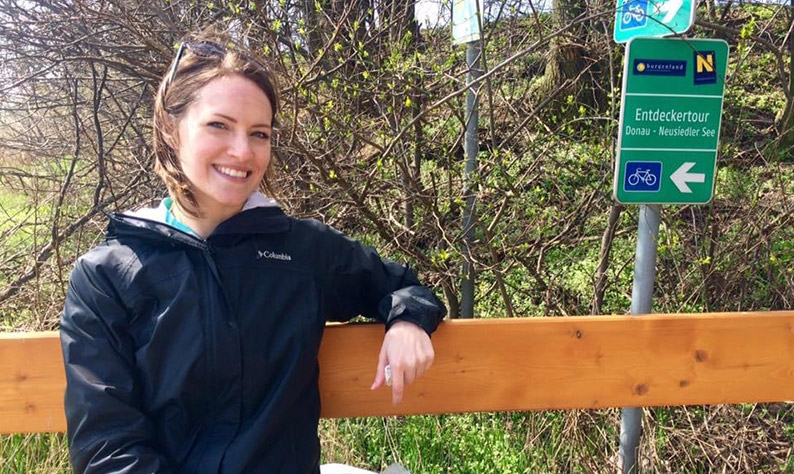 Kelly Underwood has always had an adventurous spirit. Since her father worked in the U.S. Navy, she and her family moved across the United States several times.

“I was deeply inspired by a trip I took to Germany, where I found out that people often study in other countries," Underwood said. "I hadn’t thought that was possible for me at the time."

Born in the U.S. state of Virginia, her family eventually settled on the other side of the country in Bremerton, Washington, which she considers her hometown. In that western U.S. state, she grew up with an appreciation for outdoor activities like hiking, skiing, and camping. She also found a passion for ballet and considered pursuing this professionally after high school.

Underwood decided to enroll at Webster Vienna for many reasons, but at the forefront was the fact that WVPU was one of the only places that had what she was looking for: a Psychology program with an emphasis in Counseling.

“This program was new and one of the only counseling-related psychology programs I could find in Europe," she said. "Others were heavily research-based. And the city of Vienna is not a bad place to live,” she said with humorous understatement.

One of Underwood's favorite memories at Webster Vienna was when the new campus opened at the historic Palais Wenkheim. “My first year was Webster Vienna’s last year at the old campus, so to witness and be a part of a significant step for the university was special,” she recalled. 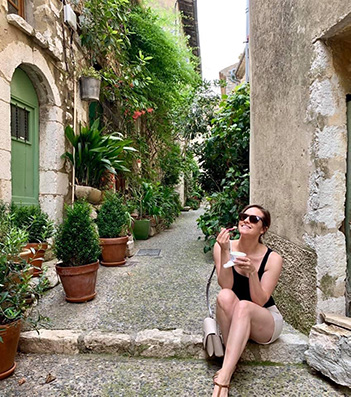 Like so many students who study abroad, the allure of the experience changed Underwood's trajectory. Her initial plan was to stay abroad for two years during her master’s program. But two years easily stretched into seven.

“The internship I found during my last term at Webster was at a local international school," she recalled. "This started me down a fulfilling path of counseling and supporting students with a variety of social and emotional needs. Since this internship, I have worked for two international schools, and closely with five different schools after starting my private counseling practice in 2019."

It also led to a memorable life-changing event.

"I'm also married to an Austrian," she said. "We have two cats, and bought a flat. Vienna has become my home."

As for her adventures, Underwood always has a story to tell. Her first trip to Europe was when she was 16; she was with a small group from school, and she went to Greece, where Webster also has a campus in Athens. 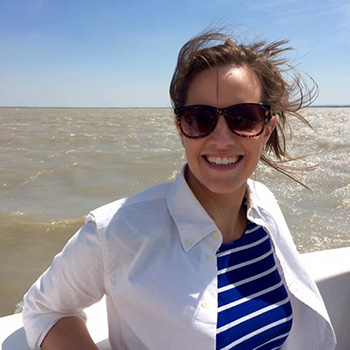 In Greece, she spent a week aboard a cruise ship traveling around the islands, before it ran into a reef off the island of Santorini and sank.

“We were close enough to shore that everyone was safely evacuated. I guess it didn’t put me off enough not to return for more – and safer – adventures,” she reflected.