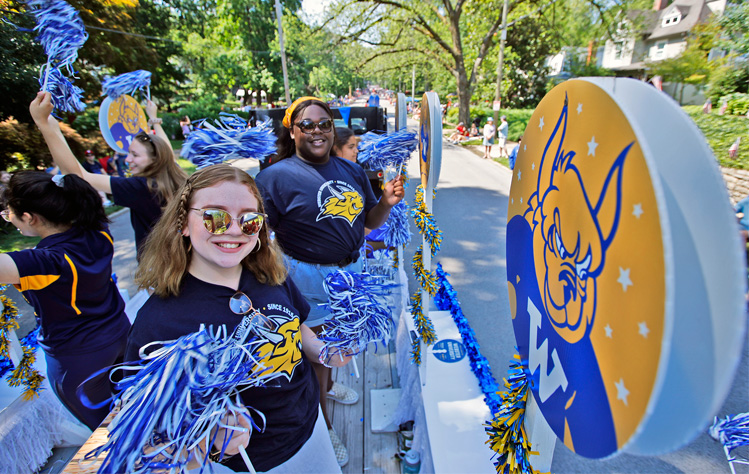 Staging for the July 3 parade began on Lockwood Avenue, a few blocks from Webster’s home campus. A long line of floats took parade-goers through the heart of Webster Groves, the suburban St. Louis community where the University was founded in 1915. 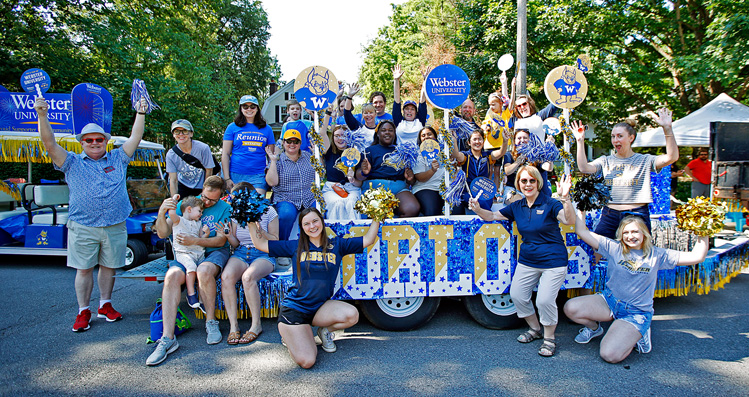 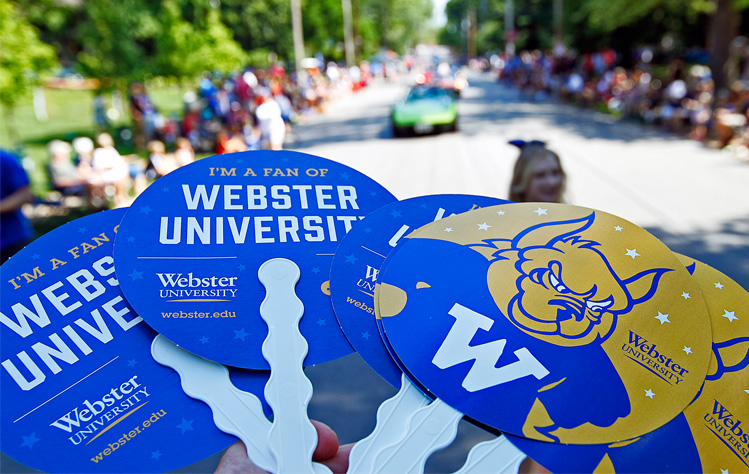 As the sponsor, the University’s blue and gold float was placed third in the parade, trailing the American flag carried by a Marine regiment and the three parade judges in a vintage convertible. The Gorlok-themed float carried student-athletes, cheerleaders and Gorlok Guides, which enhanced the school-spirit design. Webster students, staff and some family members walked the 2-mile route alongside the float, handing out Webster-logo hand fans to parade-goers. 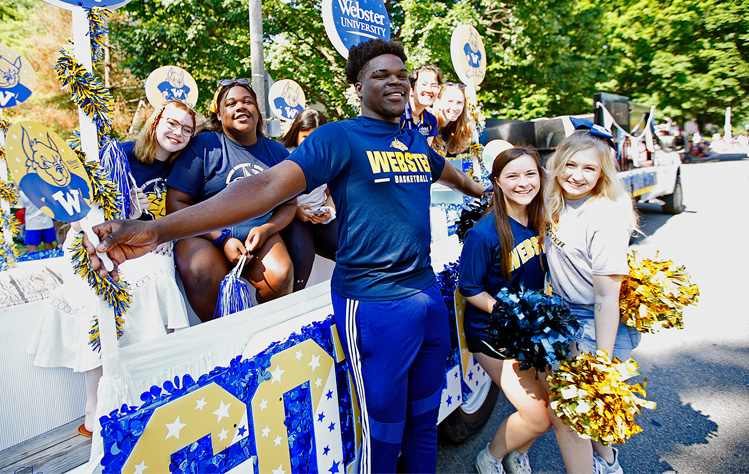 Many thanks to the staff members from the Global Marketing & Communications, Facilities Operations and Special Events departments who worked together to make the event a success and foster positive relations in the community!