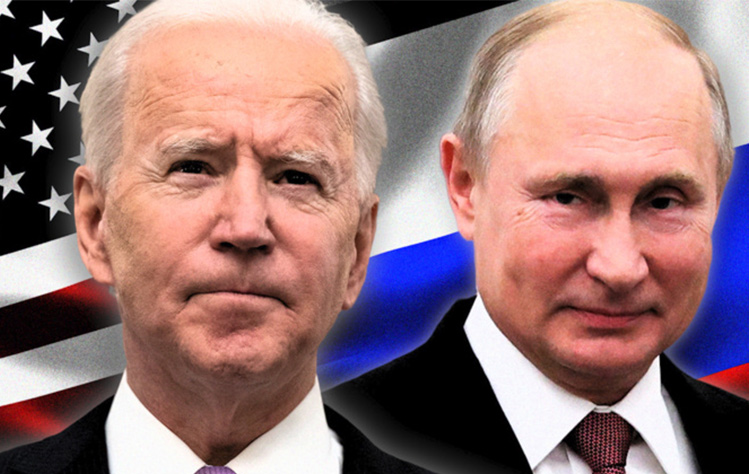 The International Relations Department of Webster University’s Geneva, Switzerland campus hosted an online event discussing and analyzing the outcome of the summit meeting held the previous week in Geneva between U.S. President Joe Biden and his Russian counterpart Vladimir Putin.

“The Aftermath and Implications of the Biden-Putin Summit: What Next for US-Russian Relations and World Order?” was moderated by the head of the IR Department at Webster Geneva, Dr. Oreste Foppiani. Two prominent scholars who are specialists in American and Russian foreign policies took part: Dr. Jussi Hanhimaki, a key expert on U.S. foreign relations and the Cold War from the Graduate Institute of International and Development Studies in Geneva; and Dr. Richard Sakwa, a distinguished scholar on Russian foreign and domestic politics from the University of Kent in Canterbury, England. Both have written several books related to their respective areas of specialization.

The presentations by both Hanhimaki and Sakwa proved informative and illuminating. There was a consensus that the summit meeting between the two leaders could be interpreted as a positive first step to help improve and stabilize bilateral relations. Although there was no major breakthrough to ensure a major thaw in U.S.-Russian ties, both sides agreed to restore diplomatic relations to the ambassadorial level and begin talks on strategic arms limitation (START).

Both speakers at the Webster event provided some historical background, and pointed that in the aftermath of the end of the Cold War 30 years ago, many observers had expected that the lifting of the "Iron Curtain" separating Eastern and Western Europe, and the rapprochement between the Russian Federation and the United States, would usher in a new era of peace and cooperation in world affairs.

However, the initial thaw and the turbulent years of the Boris Yeltsin presidency in Russia in the 1990s gave way to the gradual deterioration of East-West relations as NATO expanded eastward toward Russia’s borders, and Putin's rise to power in Russia almost a decade later was marked increasingly by authoritarianism and human rights violations at home. A series of other disagreements such as Russia’s military intervention in Syria, accusations of Moscow’s meddling in the 2016 U.S. presidential elections and other issues contributed to the deterioration of relations which eventually reached a nadir.

The Biden-Putin summit meeting contributed to defusing tensions to a limited degree and to ensuring the door would be open for future dialogue to resolve outstanding differences and problems.

Hanhimaki pointed out that the Biden administration desires some degree of predictability and stability in its relations with Russia in order to be able to focus on what it perceives as the main challenge on the world stage – the rise of China. Biden aims to reassert U.S. leadership in international affairs. Sakwa posited that Putin for his part wants Biden to acknowledge Russia as a great power and to take its interests into consideration since previous U.S. administrations had a dismissive attitude toward Moscow after the end of the Cold War.

Furthermore, from Putin's perspective, the U.S. had not been a reliable negotiating partner in the past. The mere fact that a high-level bilateral summit meeting occurred between the president of the U.S. and Putin played well with the domestic audience in Russia and signified that Moscow has to be taken seriously by Washington.

Both Hanhimaki and Sakwa believed that the road ahead for improving bilateral relations would not be easy, but the agreement to restore ties to the ambassadorial level and begin talks on START, cybersecurity, the humanitarian situation in Syria, the future of Afghanistan and the multilateral nuclear negotiations with Iran are promising signs.