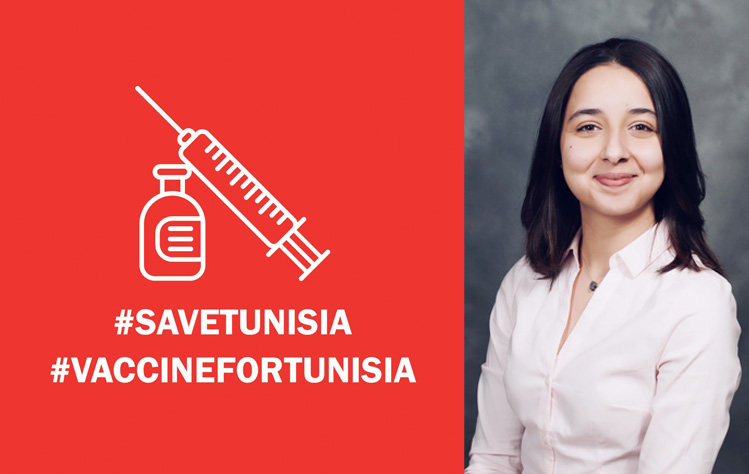 Last year, the COVID-19 pandemic changed the way the world operates. Travel was severely restricted, whole countries shut down their economic centers and the worldwide health system was severely stressed with overwhelming numbers of people with severe illness. Then the first of several vaccines became available. The majority of countries began easing their restrictions and illness and hospitalization rates fell. But not every country is doing well. Countries like Tunisia are still struggling to even get the virus contained and have reported extreme shortages in vaccines.

That’s where Webster University student Sarah Hedhli has stepped in. The international relations major has created a campaign to raise awareness about Tunisia’s dire situation and ask for assistance and intervention from the World Health Organization (WHO), the EU, Human Rights organizations and neighboring countries. And she has organized a large group of online followers who are pitching in.

“Tunisia is in the red zone, right now, and has the highest per capita infections in the whole African continent, and we still don't have a full containment,” she said. “The Ministry of Health in Tunisia has been posting wrong numbers about how many people are dying from COVID, so we don't have any transparency from them, either. Organizations like the WHO, The World Bank, the IMF gave Tunisia huge amounts of money, in 2020 and 2021 and we haven’t seen a penny of it.” 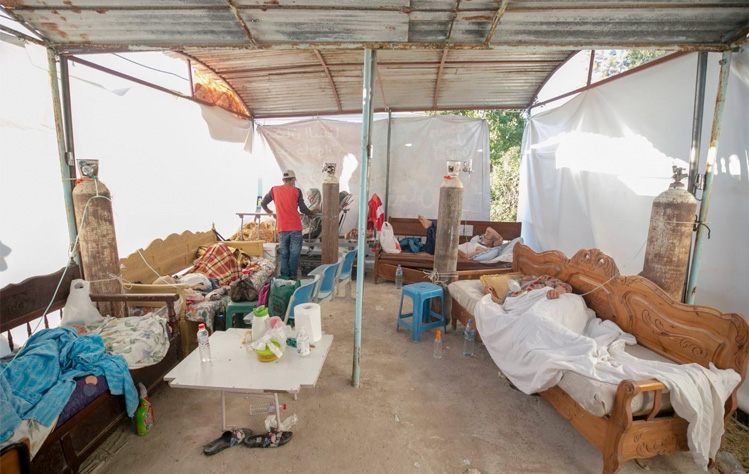 Hedhli’s interest in Tunisia is personal. Although she was born in the United States, she moved to Tunisia when she was six and stayed there until she went to college. She currently holds dual citizenship with Tunisia and the United States. From her classes at Webster, she has learned how such social media campaigns can raise awareness of issues that often are ignored by the media, and she is applying those lessons to help the country in which she grew up. “If it wasn’t for classes like foreign policy, international law, my experiences, and the university’s broad culture I wouldn’t be where I am today,” she said.

What started out as a social media campaign has attracted attention from numerous Tunisian radio stations. “I used to have 300 followers before the campaign and now I have almost 10,000. People have been really interested in the campaign.” She also has a small team of volunteers who are helping her manage her messaging.

She said that her team is currently working on awareness videos in both Arabic and English as well as a Facebook page. They are also raising awareness for the campaign by using the hashtags #savetunisia, #vaccinefortunisia, and #WHOsavetunisia. She has even created a petition calling for The WHO to launch an international intervention that has garnered more than 11,200 out of 15,000 signatures.

If it wasn’t for classes like foreign policy, international law, my experiences, and the university’s broad culture I wouldn’t be where I am today.

Hedhli said that the biggest issue her country is facing right now is government corruption. Many countries such as Switzerland, China, and England sent ventilators and other medical supplies, but the Tunisian people have yet to receive any of it. “Everything is stuck in customs. Everything that gets sent we lose the shipments and lose track of them. You call the government, and they don't answer; you call customs, and they don't answer.”

The government has shared photos of equipment and supplies arriving in the country, but numerous reports say that little of it has actually reached the people. So she believes part of her mission is to convince the WHO and other international organizations that they need to set up their own distribution networks, as it seems that supplies are being misappropriated.

Hedhli said that The WHO is planning on bringing 300 million doses of Johnson and Johnson vaccines in mid-August but she fears that mid-August will be too late. “People are dying at an alarming rate. We have people in hospitals and on the floor and in the streets taking their last breath due to being out of oxygen and the government is holding the ventilators in customs. That is a violation of human rights. It's a crime against humanity,” she said. “I'm just trying to make the world aware and circulate the hashtags, like what happened with Black Lives Matter.”

Hedhli also hopes to raise awareness from the international media, hoping that more comprehensive coverage of what is happening in Tunisia would put further pressure on the government to do a better job in addressing the pandemic.

"I've been telling all of my friends and everyone that joined this movement to email the WHO. The WHO has an office in Tunisia and has always been cooperative with poor countries that need help,” Hedhli continued. “Since we don't trust the government and we don't even trust The Ministry of Health itself, we are asking for teams from the WHO and NGOs to mobilize themselves in Tunisia and assist with the vaccine rollout to save the people and for an investigation to be opened to find out where all the billions of allocated funds for COVID went.” The pressure from Hedhli and others may be working. On Wednesday, the government of Tunisia announced that it had fired the country’s health minister due to mishandling of supplies and resources and had put the nation’s Army in direct command of getting vaccines and ventilators to the people. But even though she believes it is a direct result of her campaign, Hedhli says it’s all a show. “Our prime minister claims that he wasn’t aware of what’s happening but he’s just trying to save himself and fired the health minister so the people have someone to blame.”

Hedhli said that around the same time the health minister was fired, the government announced that there was going to be an open vaccination day. “It was a mess. Only a few got their shots and there wasn’t cooperation and discipline. People were confused and not in line. There’s a huge incompetence reigning over the country and everyone will be protesting on July 25 to call for the resignation of the government.”

Hedhli said the recent developments are signs that awareness campaigns like her are working, but that there is much work to be done. She is encouraging others to continue to keep the pressure on by emailing The WHO, sharing the campaign’s hashtags on social media, and signing the petition. There is also the option to give to the charity organization Wallah We Can which is raising money to give as much medical equipment as possible to the health care centers.