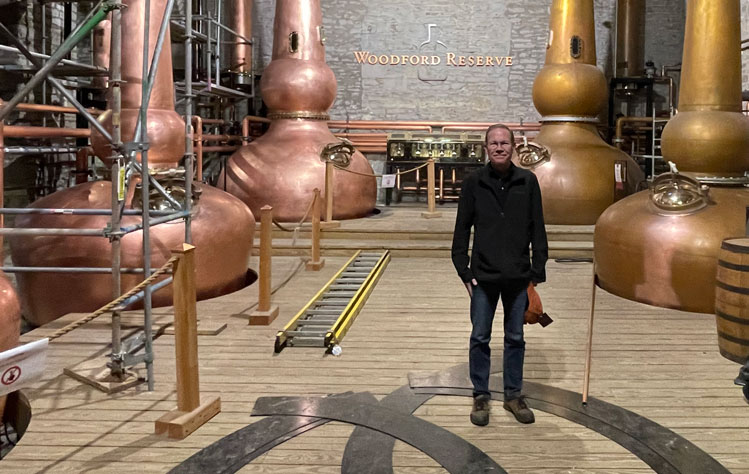 Webster alumnus Chris Morris is no stranger to achievement. After earning his MA in Marketing In 1989, he went on to become a master distiller, be inducted into two bourbon halls of fame, and led his company to become a presenting sponsor of The Kentucky Derby.

Morris has been the vice president of Whiskey Innovation of the Brown-Forman Corporation in Louisville, Kentucky since 2015, but has been with the company since 1976, back when he was an intern. He entered the business full-time in 1980 after graduating with a business degree from Bellarmine University. “I didn’t have much of a choice but to get into the distillery business,” he said. “That’s where my mom and dad worked, so I grew up in the business.”

Morris earned his master’s degree from Webster’s satellite campus in Jeffersonville, Indiana. “I am very proud of my Webster degree,” he said. “What I really liked about Webster was the professors were all businesspeople, so you had real professionals who were speaking to you as professionals. That open ability to discuss things as opposed to just sitting there and taking notes and learning was really influential in expanding my knowledge.”

I am very proud of my Webster degree. What I really liked about Webster was the professors were all businesspeople, so you had real professionals who were speaking to you as professionals." 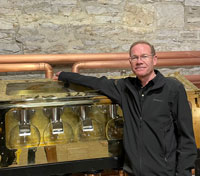 Morris said working with Churchill Downs has been a great experience. “Our cultures are very similar,” he said. “We’re both approximately 150-year-old companies, headquartered in Kentucky, and while we’re publicly traded, we have very strong family controls, and our distilleries are surrounded by thorough-bred horse farms.”

Morris is not only a master distiller and whiskey innovator, though. He is also a two-time hall-of-famer. “I am one of the few distillers to be in the International Whiskey Hall of Fame and the Kentucky Bourbon Hall of Fame,” he said. “It’s a great honor to be in the Hall with legends like Jimmy Russell, Booker Noe, Bill Samuels—people I grew up admiring—and now I’m in it with them and it’s really cool.”