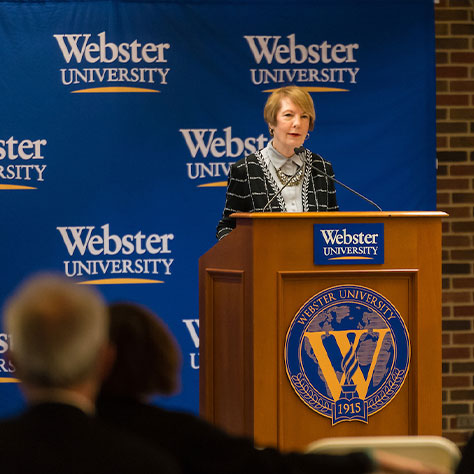 “On behalf of Webster University, I am honored to receive this recognition and at the same time celebrate the accomplished career and contributions of two-time Webster alumnus Neal Richardson,” said Stroble. “Whether it's investing in students through expanding summer bridge programs and competitive scholarship support, hosting a world-class annual Diversity, Equity and Inclusion Conference, or creating new corporate pathway partnerships to enlarge career opportunities for diverse students, Webster weaves the values of access and success for our globally diverse student body into everything we do. This award reflects the needed work accomplished daily by the students, faculty, staff and alumni who recognize the importance of diversity, equity, and inclusion in our community.” 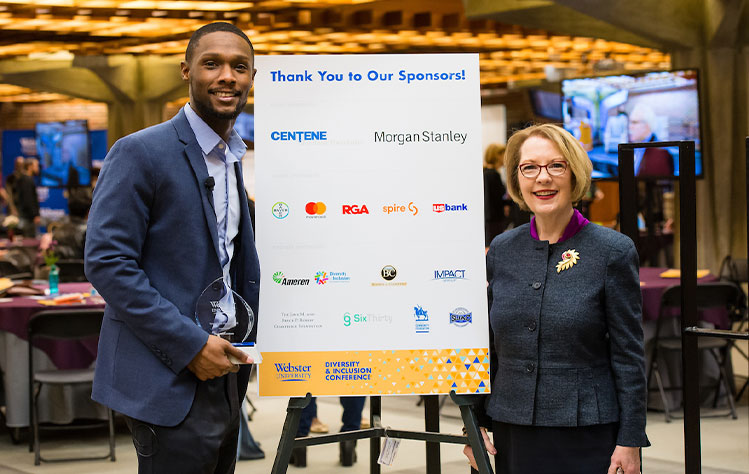 Neal Richardson with Chancellor Stroble at Webster University's Diversity, Equity & Inclusion Conference in 2019. Richardson was a presenter during the conference.

The theme for the annual dinner is “Transforming Communities Through Education, Social Justice and Civic Engagement.” Stroble is being honored for her distinguished leadership and career accomplishments, a letter from the St. Louis City NAACP says. Webster University has been recognized for its diversity initiatives by many organizations over the years. Among those initiatives: 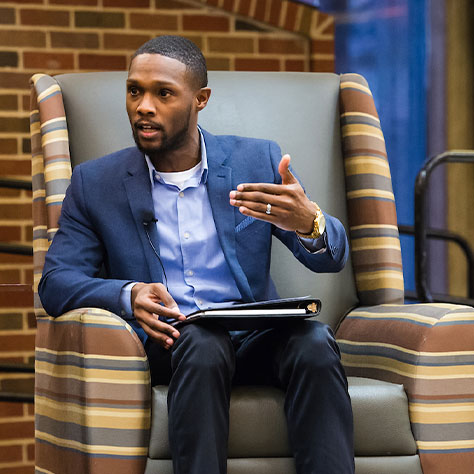 Richardson, who earned a bachelor’s degree in business administration from Webster University in 2010 and an MBA in 2011, was nominated by Stroble to be a co-honoree for the award. Richardson is the executive director of the St. Louis Development Corporation. He also is the co-founder of the non-profit organization Dreambuilders 4 Equity, a St. Louis organization that rehabs vacant houses, employing minority and youth contractors from the region to do the work. Besides on-the-job experience and professional development, the contractors earn equity in both the real estate that is worked on as well as a percentage of the profits from annual books published by the organization about their regional efforts. 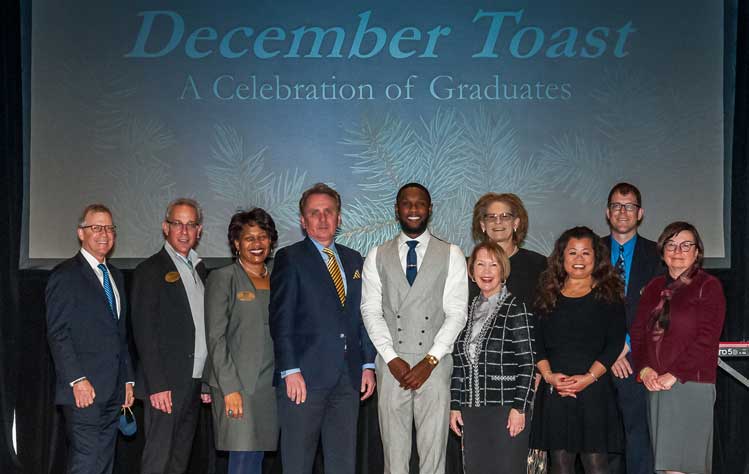 Richardson (center) also served as the keynote speaker at the University's December Toast event for mid-year graduates in 2021.

The award, named in honor of the late Attorney Frankie Muse Freeman and the late civil rights activist Norman R. Seay, is presented annually in recognition of exemplary service, distinguished leadership and commitment to improve the cultural, social and economic growth and development of the St. Louis area.

The NAACP (National Association for the Advancement of Colored People) is the nation’s oldest civil rights organization. Founded in 1909 by a coalition of black political activists and white progressives, the NAACP is responsible for numerous victories in the struggle for justice and equality in America. The St. Louis City NAACP is at the forefront of issues paramount to the St. Louis community aimed at civic engagement, youth empowerment, and eliminating disparities in economic development, affordable healthcare, equality of education, technology and political empowerment.