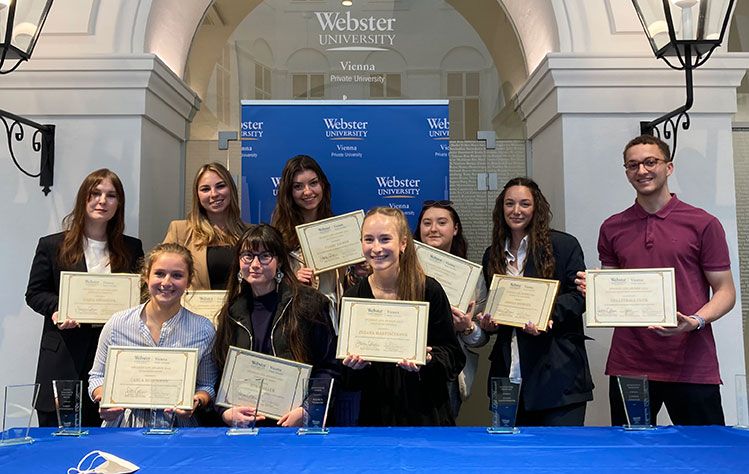 The Student Life Awards honor those students who made extraordinary contributions to the campus life and community at university, also maintaining outstanding academic performances.

Every year, faculty, staff and students can nominate a deserving student or student organization for these recognitions. Nominations are reviewed by a committee formed by a representative of each academic department, a staff member and a student representative.

The Student Life Awards 2022 recipients are:

We congratulate all the winners and nominees of these outstanding achievements and for their never-ending contribution to the Webster Vienna Community.

More than 100 high school students and 30 adults will spend three days on the Webster Groves campus of Webster University this weekend as part of...

In the News: Wall Street Journal, Texas Shooting, The Gorlok, Bees and More

Webster University was mentioned in numerous news articles in the past few weeks, including in an op-ed in the Wall Street Journal, a feature blurb...