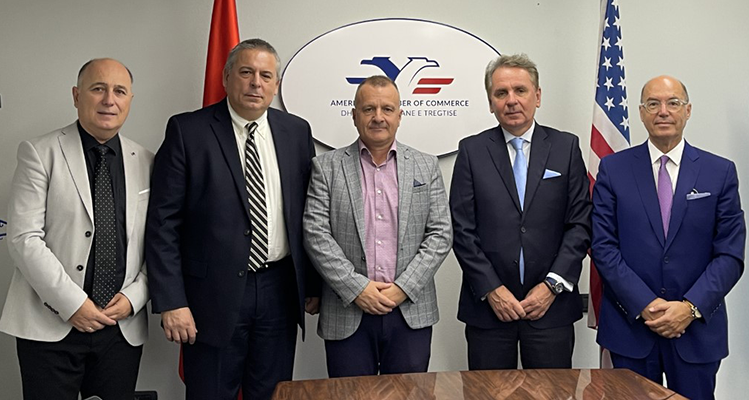 “From The Republic of Georgia to Albania and everywhere in between, I was proud and encouraged to see evidence of the strength and integrity of Webster’s global presence,” Schuster said. “There is no better evidence than the success of our students and alumni, who I was honored to get to know throughout my travels.”

The president’s first stop offered the opportunity to welcome the inaugural group of students at Webster University Georgia in the capital city of Tbilisi, where he also met with U.S. Ambassador Kelly C. Degnan.

From there, he traveled to Vienna, Austria to work with Stefan Zapotocky, Chair of the University Council for Webster Vienna Private University. 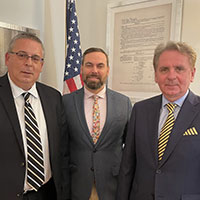 Next, Schuster ventured to Greece to meet with Rector Vasilis Botopoulos of Webster Athens. Botopoulos continues to be an invaluable partner in Webster’s ongoing exploratory talks with officials in Tirana, Albania, which is located about an hour away from Webster Athens and was the last stop on the tour.

In Tirana, the president met with top administrative officials from University College Logos, including His Holiness Archbishop Anastasios, U.S. Embassy Representative Demian Smith and Amanda Roberson, an assistant public affairs officer for the American Chamber of Commerce. The Albanian meetings centered on an evolving exploration of a potential partnership between Webster and University College Logos; one that could establish another Webster campus in Tirana. Such a venture would offer the opportunity for American-style higher education in Albania, an option that does not currently exist. 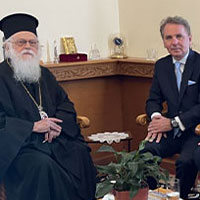 While the talks are still preliminary, Schuster said he left feeling quite encouraged by the productivity, goodwill and offering of full support that was present between the two universities.

He expressed a strong commitment to continuing to bolster Webster’s reach and impact through international opportunities like the one possible in Albania and was steadfast in his belief of their necessity.

“Through these efforts and many more, Webster is meeting an unmet global need,” Schuster said. “One that, especially given the conflict throughout the world in our current times, is needed now more than ever.”

That need, as the president explained, is for the critical offering of an education that places equal emphasis on both individual excellence and global citizenship.

“Webster has delivered this blend of personal programming and international connection, exposure and relevance since it’s very beginning, and we will continue to do so long into the future,” Schuster said.