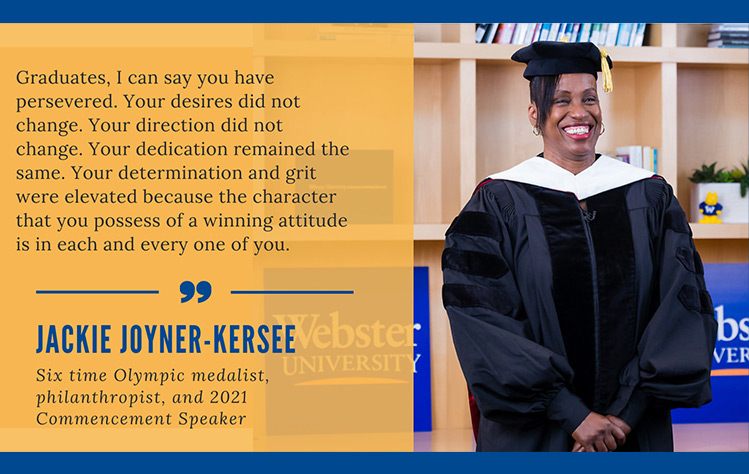 Webster University presented its 102nd annual Commencement in a virtual environment on Saturday, May 8, 2021.

Graduates were welcomed by Rob Reeg, chair of the board of trustees, and also heard remarks from Chancellor Elizabeth (Beth) J. Stroble, President Julian Z. Schuster, and Alexandria McCuien, president of the board of the Webster University Alumni Association.

With the virtual setting as a result of the pandemic, the main ceremony and a tribute video to honorary degree recipients was embedded into remarks from individual deans and the scrolling of graduates' names. The version with remarks and names for the Leigh Gerdine College of Fine Arts, can be viewed here:

All versions can be found through these links: