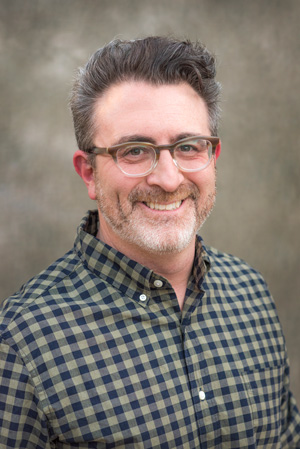 Webster University faculty member Judd Slivka received the 2021 Walter Cronkite Award for Excellence in TV Political Journalism. The prestigious award was for his documentary “The Work is Hard and Not Done: Being Black in the Valley.” He was also nominated for a local Emmy in the Cultural/Topical Documentary category.

Slivka, an adjunct professor in the School of Communications, also is director of digital content at KPNX-TV (12 News), which is the NBC affiliate in Phoenix, Arizona, that originally nominated the award-winning documentary.

The concept for “The Work is Hard and Not Done” came about in the wake of the George Floyd shooting and subsequent protests. “We had a similar incident here at about the same time with Dion Johnson,” Slivka said. “The folks at the news station got to thinking that we should do something that examined race in-depth. And we found that there were a lot of parallels between previous racial incidents in Arizona history and those that have happened in current times.”

One of the examples he gave of this parallelism was of the county sheriff and county attorney in 1926, who were both members of the Ku Klux Klan, and how that has influenced that institutional racism that the community sees today.

Slivka and his team started the project in July of 2020 and interviewed people for three weeks before entering the editing and post-production phase. “It helped that we had some good roots in the community,” he said. “Some of our reporters and anchors are African American and had their own experiences to talk about, so having those stories and perspectives to inform us allowed us easier access to the community.”

Translating Field Experience to the Classroom

Slivka said that he can use lessons he’s learned in reporting and talking to people during the project to teach his class more about the field. “One of the things I had to learn was ‘How do I, as a white guy, talk to an African American mom and be able to have empathy within that interview?’ I think the skills and perspectives you gather in the field are what’s most important to bring to the classroom.”

“It was a lot of work, but it was also a lot of fun and we had a great team that worked on it,” Slivka said. “It's a great honor that we were able to do something that was recognized in the same awards class as CNN and NBC and that made an impact in the community.”

The Walter Cronkite Awards for Excellence in TV Political Journalism honors outstanding local and national journalism that debunks disinformation, promotes public health, advocates science, exposes inequities, empowers citizens and serves as a watchdog for voting rights and election fairness, transparency, accuracy and security. The biennial Cronkite award is administered by the Norman Lear Center at the USC Annenberg School for Communication and Journalism.

The award is named after pioneering television newscaster Walter Cronkite, who became a journalist in 1937 and covered some of the most important events in modern history, including the Nuremburg Trials, the assassination of President John F. Kennedy, the first manned flight to the Moon, and the end of the Vietnam War. He served as the news anchor for the CBS Evening News for 19 years and was identified as “the most trusted man in America” in numerous surveys during his lifetime. He received a Presidential Medal of Freedom – the highest award a civilian can receive in the United States – in 1981.