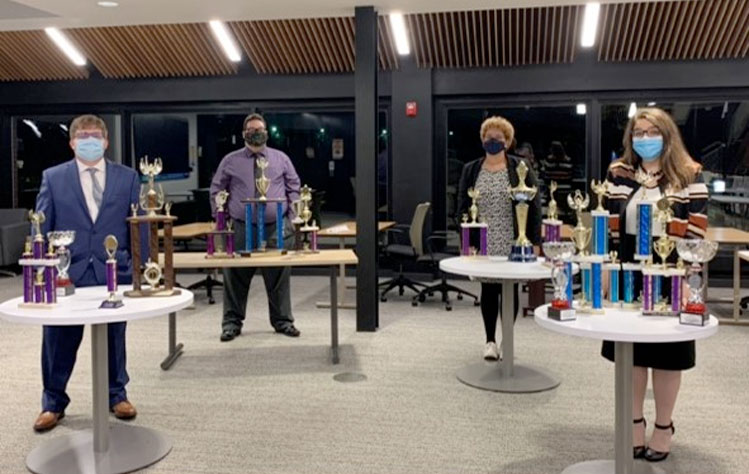 Despite the COVID-19 pandemic, which has shut down most face-to-face activities, the Webster University Forensics and Debate team has continued to bring home multiple awards. The team has been competing in virtual competitions since mid-September, has won 120 awards so far this season, and is on pace to break records, with most of the spring left for competition. 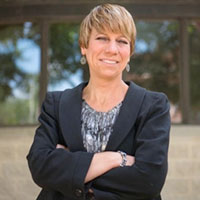 Gina Jensen, adjunct professor and director of forensics, said that usually a competition would have operated similar to a track meet. “In a normal year, we travel to the host school to compete face to face with the other schools. Events go all day and different events all run at the same time,” she said. “But in virtual competition, we compete in the Sverdrup Building. We use a platform that is similar to zoom. It allows students, coaches and judges to get to their competition rooms virtually.” 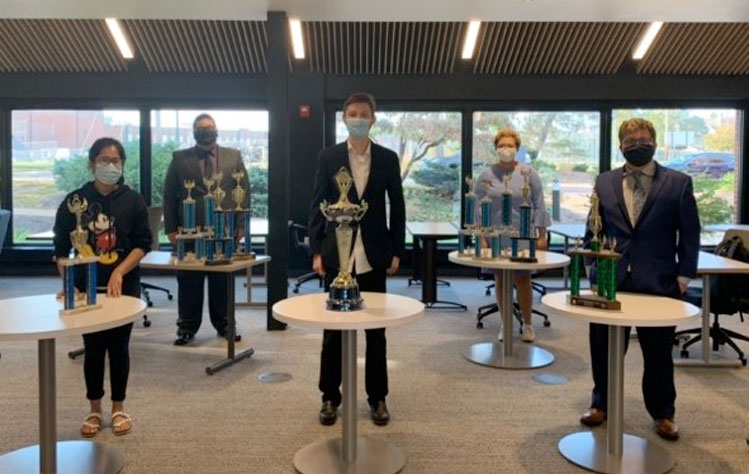 This helps our students have stronger connectivity, come closer to replicating the typical tournament performance experience, and be together as a team while competing.

Scott Jensen, professor of sports communication and speech communication studies and former director of forensics, said, “The major difference for this year has been the limits to on-ground competition and travel. While forensics offers countless benefits, often understated are the benefits of team building, cultural exposure and interaction, and a general increase in awareness through listening to competitors and experiencing different communities and campuses.”

But although COVID-19 has denied the team of the audience connection that comes with the art of speech and debate and the experience of going to other campuses and listening to competitors, the team hasn’t let that stop them. This has been their winningest year yet.

“Three of our top competitors have won numerous awards at most or all of the competitions that they have attended,” Gina said. “We have also qualified four students to the elite American Forensics Association National Speech Tournament in 10 events, won 16 awards at the state tournament, and won numerous Team Sweepstakes Awards this year.”

Not only are they on pace to have a record-breaking, award-winning season; they have been able to embrace new opportunities, according to Scott. “COVID has created opportunities to compete at tournaments that would be cost-prohibitive with physical travel,” he said. “I think it’s helped both the teaching and competitive experiences of our team members by broadening their exposure to different competition and geographical variance in how performances are evaluated.”

He continued, “Gina and her team have worked hard to shape a season that allows for the team chemistry and interdependence that has always been a strength of the program. Tournaments now consist of a day in the Sverdrup Building, with each student having their own room in which they can perform their events virtually. This helps our students have stronger connectivity, come closer to replicating the typical tournament performance experience, and be together as a team while competing.”

Forensics and Debate Origins at Webster

Webster’s forensics team wasn’t always so successful, and it took a while to even get the program off the ground, Scott said. “There have been periods throughout history when students have made an effort to create and sustain a program, but each of those efforts seems to have been short-lived,” he said.

Everything changed when former professor and administrator Dr. David Harpool created a program funded through formal university channels in 1993. Scott was in his first year at McNeese State University in Louisiana that year.

“We launched a tournament and Dave brought Webster to compete. Not only did Webster fare well, but Dave and I rekindled a relationship forged through competing against one another as undergraduates,” he said. “When Webster decided to search for a new director, I applied and was fortunate enough to be hired.”

Scott was able to transform the program into a comprehensive speaking, performance, and debate events program—one that would later become part of Pi Kappa Delta, the oldest and largest forensic honor society in the country. “The team has won over 30 national championships in its 23 years at Webster,” Scott said. “We have had eight students earn All-American status and finished in the top five as a team at several our national tournaments.”

Today, the program has become such a big part of Webster that it now hosts its own competition each January called the Gorlok Gala. “The Gorlok Gala is one of the nation’s largest tournaments each year. The size of some of the events we do rival those in some national tournaments. We typically host it on campus and welcome 500 people on campus,” Gina said. “This year, we welcomed 700 people virtually. We had people attending from all over the country and from 65 schools in 22 states.”

According to Scott, the team also has a community of alumni who remain connected to the program as volunteer coaches, judges at tournaments, and supporters of the program.

“Our alumni come back and judge for us each year and also help us at our team retreats. This year has been especially wonderful for reconnecting with our alumni as virtual tournaments and events allow alumni from all over the country to participate,” Gina said. “We consider our alumni a part of our Webster Forensics family.”

“We have always valued an open-door policy that welcomes all students willing to work to be prepared to represent the university as advocates, speakers, and performers,” Scott said. “The program has been able to sustain success, but its greatest accomplishment is the value placed on inclusion in the program. The community that is connected with our program is hard to describe, but it is very organic and authentic. It’s not possible to build the kind of family we have—it has to evolve out of each person’s desire to be part of it. For me, it is the greatest part of our program.”

Alumni who are interested in becoming a supporter, mentor, or judge for the program can do so by contacting Gina Jensen at jensen@webser.edu.