In the News: Fatton on China, N. Korea; Schoellhammer on US-Euro relations; Smith on Instagram effect 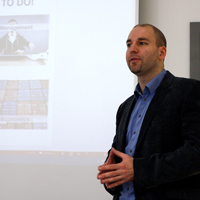 Ralph Schoellhammer, assistant professor of international relations at Webster Vienna Private University, was interviewed in a Newsweek article about Biden administration policies that are impacting relationships with European states, including the recent nuclear submarine deal reached among the U.S., U.K. and Australia:

Schoelhammer told Newsweek that recalling the French ambassador to Washington "was never even considered during the Trump era."

"Although this might be an unpopular opinion on both sides of the Atlantic, I believe there is a case to be made that Donald Trump's foreign policy was not as disadvantageous for European interests as one might think, especially due to the sometimes-mocking rhetoric the former president used vis-à-vis the EU," Schoellhammer said. If North Korea can successfully produce and deploy a hypersonic weapon, analysts say it could even change the military equation in the region.

“If this is true, it means that the current South Korean and Japanese missile defense systems are becoming almost powerless,” said Lionel Fatton, assistant professor at Webster University in Switzerland and researcher at Meiji University in Japan.

Read one of the articles with Fatton's quotes here.

Separately, Fatton was quoted in a CNN story about a recent incursion in Taiwan’s air space by several dozen Chinese fighter jets.

Despite the development, analysts say actual combat is unlikely.

“China needs levers to deter Taiwan from taking undesirable courses of action, especially independence-leaning initiatives,” said Lionel Fatton, a professor at Webster University in Switzerland. “For these levers to be potent, China must (1) have the (military) capabilities to activate them if needed, and (2) the threat to do so must be credible in the eyes of Taipei.”

“The recurrent air exercises are dedicated to send a clear message in this regard,” Fatton told CNN on Sunday.

The story was picked up by nearly a dozen outlets in Europe and Asia. Read one of them here.

Smith on Leaked Facebook Research of Instragram's Effect on Teens 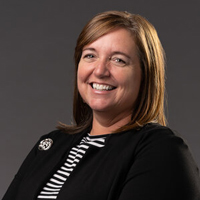 Julie Smith was interviewed by KMOX last week about the leaked Facebook documents that showed the company’s own research showed that Instagram was harmful to teen-aged women.

Smith says families should educate teens about how Instagram and other social media platforms make money by keeping them engaged.

"Be completely transparent with kids about why these platforms exist and how they make money," she said during the discussion. "They are not in public service. They are designed in order to get our attention."

Listen to the full discussion with Smith here.

The Multicultural Studies Committee has purchased and donated 17 books to the Emerson Library that speak to racial and ethnic issues and well as to...

This fall semester, the Makerspace in the School of Education is hosting the digital storytelling series, "Show, Tell and Play." This three-episode...

This year, Webster Vienna Private University is celebrating 40 years in Vienna! As part of our 40th anniversary, we invited current students and alumni...