Film Series to Explore the Power of Propaganda 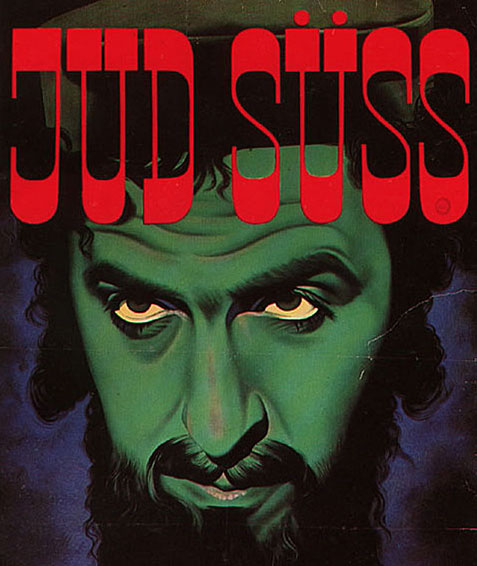 Two movies will be screened in the Winifred Moore Auditorium on Webster University’s main campus to help lead discussions about propaganda in culture and how that can be used to instill racism and hatred toward others.

The first film, the Nazi-financed movie “Jud Suess” will be shown at 7:30 p.m. on Sept. 8. The 1940 film is filled with antisemitic ideas that are well masked as part of a drama about the advisor to the Duke of Wurttemberg in the 18th century.

The second film, “Harlan – in the Shadow of Jew Süss,” will be shown at 7:30 p.m. on Sept. 15. It is a documentary about the first film. It explores the people who made the movie, why it was so effective and the impact it still has today.

Both films will be followed by discussions about the relationship between propaganda to entertainment and how it is still used today in popular culture. The series is being sponsored by the St. Louis Kaplan Feldman Holocaust Museum in conjunction with The Webster University Film Series.

“'Jud Suess’ is suspenseful, well-acted and surprisingly entertaining," said Webster University History Professor Warren Rosenblum. "Audience members not attuned to its antisemitic distortions and manipulation of history, could easily think they were watching a benign costume drama. The film is a remarkable demonstration of how cinematic tools can be employed to instill racial prejudice and hatred.”

Rosenblum will give a brief lecture before the film to put it in historical context and to also frame why the film is considered relevant today.

“Jud Suess” is based on an 18th century incident revolving around Duke Karl Alexander of Württemberg in Stuttgart, according to “The Many Deaths of Jew Süss: The Notorious Trial and Execution of an Eighteenth-Century Court Jew” by Yair Mintzker. After the Duke died, his financial advisor, Joseph “Seuss” Oppenheimer, was arrested and accused of a wide litany of crimes, from embezzlement to bribery. Because he was Jewish, he also was accused of being anti-Christian. He was brought to trial and despite no proof of any crimes were submitted to the court record, he was found guilty and executed.

According to the International Movie Database, the film “Jud Suess” portrays the Grand Duke, Karl Alexander, as the honorable leader of the peaceful Christian Duchy of Württemberg. In the film, the Duke accepts the help of the astute court Jew, Joseph Süß Oppenheimer, allowing him to worm his way into an enviable position of authority as the palace's chief financial adviser. Little by little -- as the cynical opportunist sows the seeds of fear through an elaborate system of customs duties, bridge tolls, and heavy taxes -- the once-untroubled land is plunged into recession, despair, and rebellion.

The film, which was conceived by Joseph Goebbels, according to the International Movie Database, was so effective for its antisemitic propaganda that film director Veit Harlan was put on trial for crimes against humanity. He was found guilty but was given a light sentence on the argument that he was forced to make the film by members of the Nazi regime.

The second film, “Harlan – In the Shadow of Jew Süss,” takes a closer look at how “Jud Suess” was made and considers its place in history. The documentary interviews relatives of Harlan and how the family still struggles with Harlan’s place in Nazi and film history.

Christopher Probst, an adjunct professor at Washington University in St. Louis and a former fellow of the United States Memorial Holocaust Museum in Washington, D.C., will introduce the film and moderate the discussion.

Both films are free and open to the public.

In the News: Grotewiel, Cooper, the Parsons, and Lewis

This is a regular listing of significant mentions about Webster University in the news media. This edition includes Professor Grotewiel discussing...