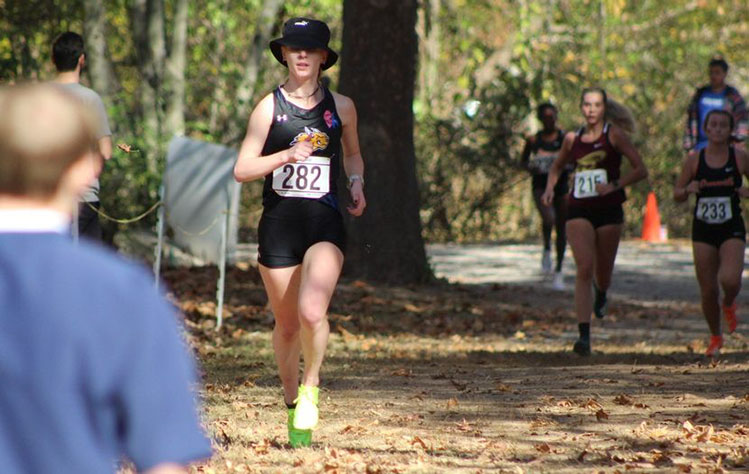 The national championships will be held this Saturday.

"Kyanne has worked extremely hard this season to earn a spot at the National Championship.” said Head Cross-Country Coach Kyle Robinson. “We knew she would be close to qualifying going into the Regional Championship, but she exceeded all expectations. I'm excited to see how she performs at Nationals."

Williams qualified by finishing 18th out of 204 runners in the Division III Midwest Regional Championships. She finished with a personal record time of 22:37 in the 6-kilometer race.

In order to be eligible to participate in the championships, teams and individuals had to qualify in their respective NCAA regional competitions. The top seven student-athletes from each region who are not a part of a qualifying team, were selected to participate in the championship. Williams was the third individual to qualify in Region VIII. She is just the seventh cross-country runner in the St. Louis Intercollegiate Athletics Conference to qualify for the national championships.

This isn’t the only school record set by Williams. At the Midwest Regionals, she was named an All-Region performer for the second straight season, becoming the first cross country runner at Webster to earn back-to-back all-region honors. She was notified on Sunday, Nov. 13 that she had qualified for nationals.

Last year, Danielle Schulz also qualified for the national championships, becoming the first cross-country runner at Webster to do so. She finished 245th in the 2021 DIII National Championships.

Since joining the NCAA in 1984, Webster has competed in NCAA Championships 78 times, with the most appearances being from the baseball team and women’s soccer team. Out of the 15 times that baseball has competed nationally, the team made it to the NCAA Division III Baseball World Series four times. The women’s soccer team has also made 15 appearances in the NCAA DIII National Tournament.